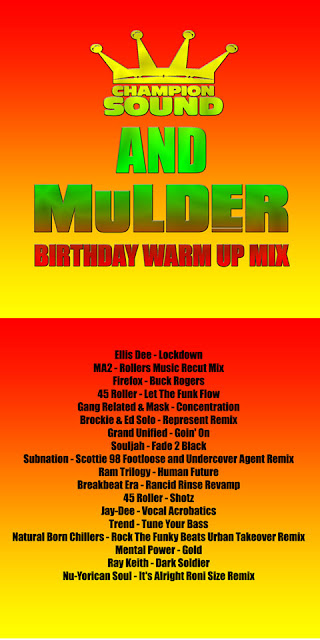 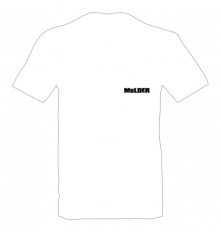 Bristol's Mulder, known for his Drum and Bass releases on Urban Takeover in the late 90s, brings us 4 tracks here, between 145 and 150bpm. Now waving the flag for the small but loyal 'Hardcore Breaks' and 'J-Tek' scenes, Mulder encompasses Oldskool Breakbeat Hardcore, Jungle Tekno, Dubstep, Bassline and Drum and Bass in varied combinations with these tracks.

With a bass sound reminiscent of Rusko's 'Jahoviah', this track makes use of the scratchy sounds of vinyl / acetate by using it as a build up to the drop. Horn stabs punctuate the intro with what sounds like a chorus of monks underneath. Big Jungle style chopped breaks make up the beats and bring it all together.

A floaty intro gives a false impression of the terror to come. See if you can guess where the sample comes from. 'The longer the note, the more dread!' After a long distorted, squelchy bass note, 4/4 kicks bust in, building up to the breaks and a Techno style Drum and Bass bassline kicks off. Rave stabs in the middle bring the Hardcore element and then back to the dread.

A well known Reggae sample is the main force of this tune, with nice rave stabs and 'yard tape' samples making up the rest. Good solid breaks and bass complete this homage to the days when Hardcore and Jungle were practically the same thing.

Good use of an NWA break with 4/4 kicks and a 'Bassline' bassline :P Forgive the lazy DJ SS sample, and the hoover, this is a just dance floor rinse out.

I Found You by Mulder / Cue Burn Digital
Posted by M at 04:22 No comments:

Ghettozoid hails from the West of England (near Bristol) and brings us a haunting Dubstep track with sensational vocals by Bristol vocalist Yolanda.  Mixes by Blue Daisy, Teknoist and Mulder.

Mulder - These Are The Breaks Mini Mix

I've produced a mini-mix for Uchi clothing.  It's just a load of old funk breaks etc.. slammed end to end really, but a nice little selelction if I do say so myself...